Think Like A Man, #1 at the box office again! 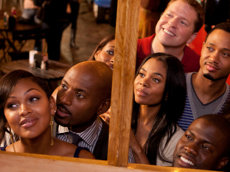 Think Like A Man tops the box office at #1 for 2nd week in a row, grossing another $18 million.
The movie had grossed over $60 million in 2 weeks.

Meagan Good & The H.E.L.L.O girls featured in Rolling Out Magazine 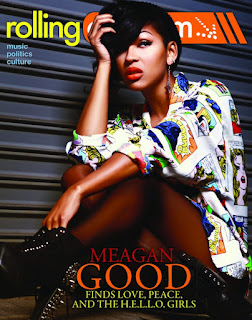 Meagan Good talks about finding love, peace and her band The H.E.L.L.O Girls with Rolling Out Magazine. 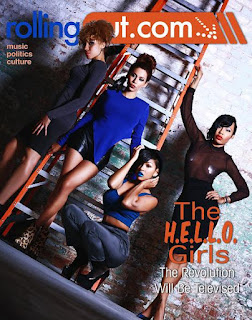 The H.E.L.L.O Girls will be releasing their debut single, Beep, Beep later this year.

Watch a sneak peek of the making of Beep, Beep video with The Game star Pooch Hall.

Think Like A Man takes the #1 spot at the box office, bringing it over $33 million. 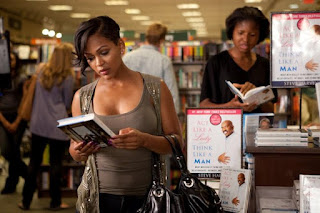 Associated Press- "Think Like a Man," based on Steve Harvey's dating-advice best-seller, debuted as the top weekend draw with $33 million, according to studio estimates Sunday. That's almost double what studio executives had expected for the Sony Screen Gems ensemble movie, which features Michael Ealy, Taraji P. Henson and Gabrielle Union.

Congratulation to Meagan Good and the rest of the cast.
Posted by admin at 12:50 AM No comments:


Preorder your tickets for Think Like A Man now at thinklikeaman.com or fandango.com

10 new photos added to the official website, check it out here!

Check out my sister LaMyia Good's new song, Graduate Me featuring Young Money artist Tyga, at her official website.
Posted by admin at 12:50 AM No comments: