We are now officially a week away from the television season premiere of NBC's Deception.

Check out a new clip of Meagan, discussing her character Joanne.


Deception will air January 7, 2013 on NBC after the Biggest Loser.

Can't wait for the premiere, watch the full pilot episode at NBC.com

Also, catch the full pilot episode On Demad via your local cable/satellite provider.

Email ThisBlogThis!Share to TwitterShare to FacebookShare to Pinterest
Labels: nbc, on demand, premiere

Get Connected with NBC's Deception @MeaganGood

Don't miss out on exclusive Deception news, photos and updates! 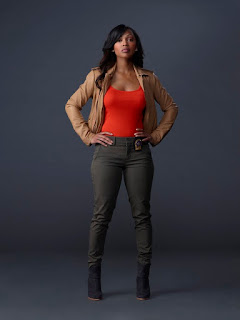 You can always stay connected with Meagan at her official twitter page, @MeaganGood!

Buy Jumping The Broom on Blu Ray and DVD today!

You can download "Wild Out" for Free at dijontaltononline.com

NBC has released the pilot episode of Deception, starring @MeaganGood!

You can watch Deception for FREE at http://www.nbc.com/deception
Posted by admin at 5:52 AM No comments: 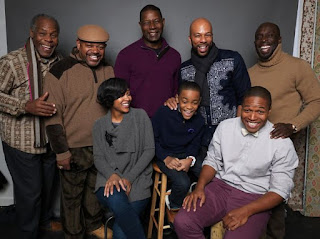 The film about an "11-year-old boy gets a crash course in what it means to be a man when he spends a day with the uncle he idolizes in LUV, a poignant and gritty coming-of-age story featuring standout performances by Common, Danny Glover, Dennis Haysbert, Charles S. Dutton and newcomer Michael Rainey Jr. With his mother in rehab and his father out of the picture, young Woody Watson (Michael Rainey Jr.) lives with his grandmother (Lonette McKee) in suburban Baltimore and longs for his family to be reunited. His charismatic Uncle Vincent (Common) has recently returned home after eight years in prison, determined to straighten out his life by opening a high-end crab shack that will establish him as a solid citizen with a legitimate future. Soon Vincent finds himself pulled back into the violent world he is trying to escape- and Woody has to decide whether to follow his hero- or become his own man." Luv is direceted and co-written by Sheldon Candis.

Email ThisBlogThis!Share to TwitterShare to FacebookShare to Pinterest
Labels: luv

Don't forget to pick up your copy of Californication: Season 5 DVD!

Buy Californication: The Fifth Season for $24.99

Download the Meagan Good app for FREE  at top-fan.com/meagan-good

Countdown to Deception has begun....

The Meagan Good App is finally here!
Meagan has teamed up with TopFan to launch her very first app. 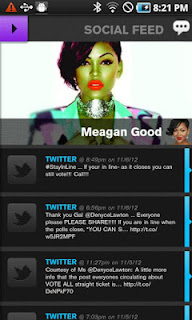